If you do not already know, there are 4 different kinds of Multicam material that you can order for your patches, and each multicam camo material has its own standard thread colors to go with it.   There is one more multicam material - Multicam Alpine, but we have decided not to use it with our patches. 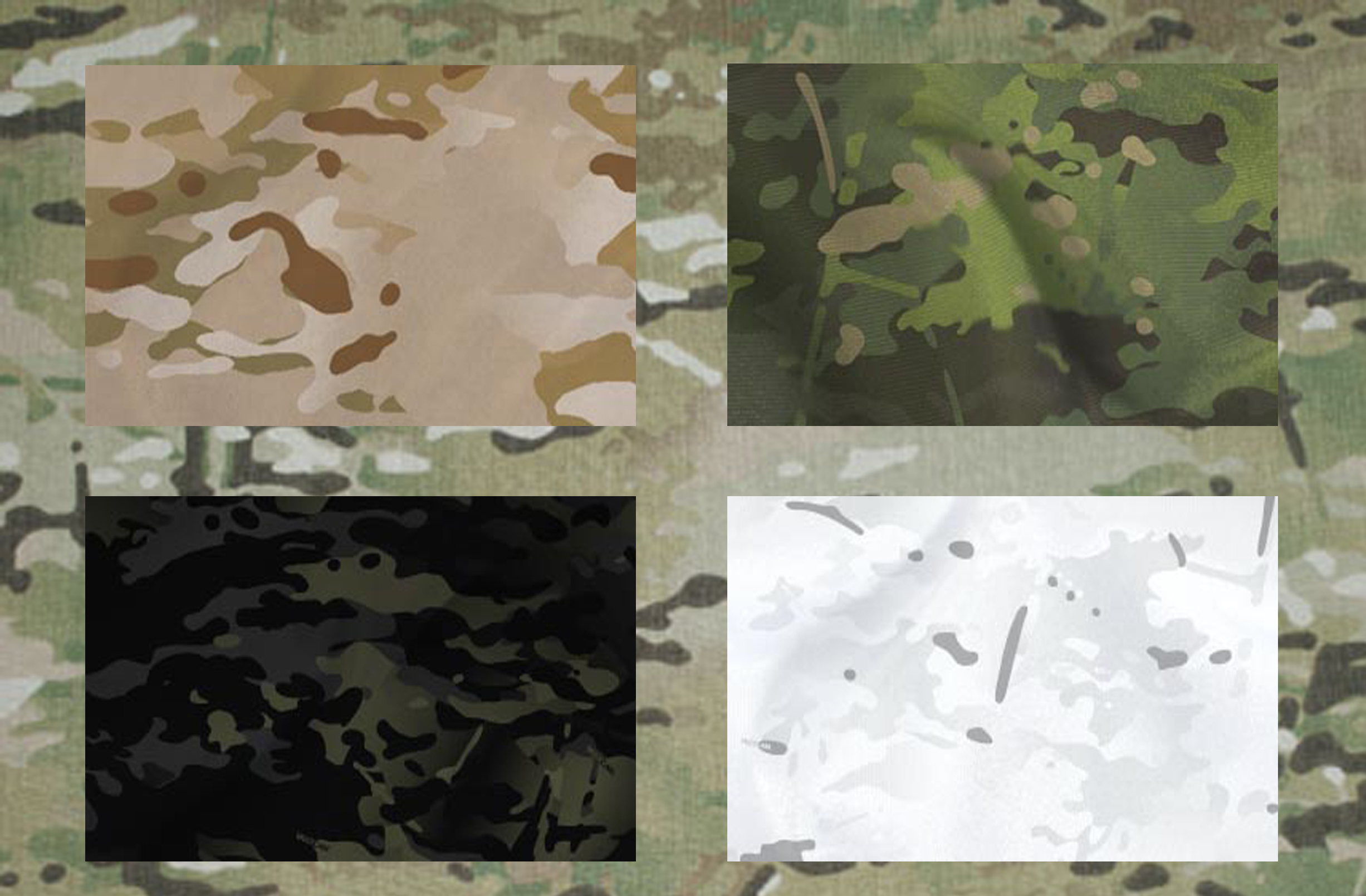 This option refers to the regular, long term multicam fabric that is available.  Its the original multicam pattern that has been around for many years.  It is a very popular pattern, and is available world wide.  However, when buying patches from the competitors, you need to be careful of the quality of the multicam.   Because it has been around for so long, there are many, many knock-off multicam fabrics.  Knock-off fabric does not make for a good patch - you have to start with quality materials to make a quality patch.  We only  use multicam rip-stop material straight from the manufacturer.    Here is what the original multicam looks like close up: 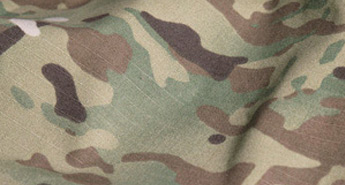 You can clearly see the ripstop lines in the material - thats the first sign that the material is original and not a knock off.  Multicam material has different shades of browns (light brown, tans, and a dark brown) and shades of OD, that make up an original pattern.   It is an amazing camo design: 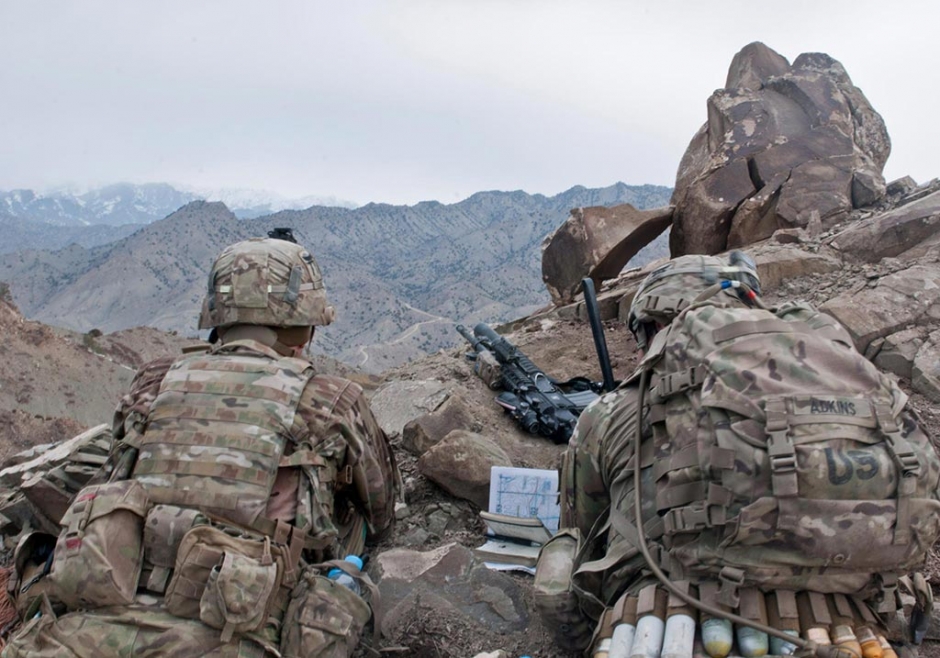 Multicam Arid camo material is similar to the original multicam material, except the colors are more subdued - they are mostly made up of more tans and beige colors, although there is some OD mixed in: 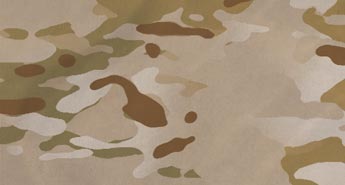 "the MultiCam Arid™ pattern was developed to effectively reduce the visual and near-IR signature of a person operating in desert environments that predominantly consist of open sand and rock. The MultiCam Arid™ palette compliments and overlaps portions of the main MultiCam® pattern; so pairing MultiCam® gear with MultiCam Arid™ apparel results in a well-coordinated concealment system".

Multicam Arid has the same camo design as the origina multicam, but it has a more desert colorway to it.  Again, it is an amazing camo pattern and is rapidly increasing in popularity. 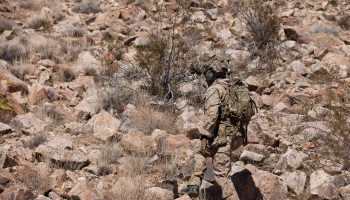 Here is what multicam pattern has to say about Multicam Tropic:

"The MultiCam Tropic™ pattern was developed to effectively reduce the visual and near-IR signature of a person operating in dense jungle environments, areas that predominantly consist of lush vegetation that remains relatively unaffected by seasonal changes. The MultiCam Tropic™ palette compliments and overlaps portions of the main MultiCam® pattern; so pairing MultiCam® gear with MultiCam Tropic™ apparel results in a well-coordinated concealment system."

Again the camo pattern is similar to the original multcam pattern, but it has different colors - this one is more OD green and other shades of green - which makes it prerfect for camoflage in more "green" areas. 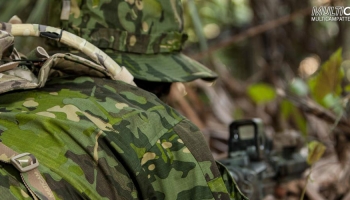 Multicam Tropic fabric looks excellent out in the field!

By far one of the favorite patterns of multicam, is multicam black.  It has the same general pattern, except the colors are subdued blacks and greys - perfect for swat teams and any type of law enforcement - and looks excellent in patches.   We decided to keep the whole patch design subdued and use a dark grey thread for the stitching - the silver is too light and black thread would not show up very well - unless of course you are looking for a cool alternate blackout style patch! 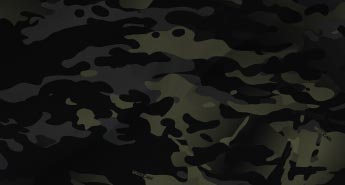 This pattern looks bad ass in uniforms with matching patches.

"the MultiCam Black™ pattern was developed to meet the unique requirements of law enforcement officers operating in high-risk environments. It projects a distinctly authoritative presence appropriate for domestic operations. MultiCam Black™ is designed to complement an officer’s existing equipment and present a sharp, professional image for top-tier law enforcement units". 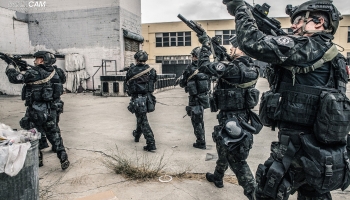 Make sure when you are ordering your patches that you pick the right kind of multicam for your patch- there are many to choose from - so you don't have to get just one multicam patch - get them all!