We have a huge line of video game patches from sayings from old old games "all your base are belong to us" patch (which is a badly translated saying from an old game that everyone is still laughing at) to the modern games of Call of Duty.

One of our most popular set of patches is the Advanced Warefare Logo patches.  We have two patches that perfectly match the online gaming logos.

We have the simple 2 x 2 Atlas logo patch - its everywhere in the game - and looks perfect with a black background, but also looks great with any of the camo backgrounds that we have available too.  Multicam Black looks great as the background of the patch because its still very dark and the red and white thread stands out quite a bit.  All in all, its an awesome patch and is very poplular.  We have not had too many color changes because it looks best in its original colors to match the game. 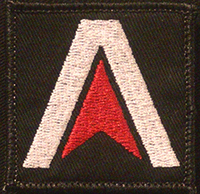 The second COD Atlast product we have is the Atlas Logo COD nametape patches.  They are just as awesome as the 2 x 2 Atlas logo patch, but has a little more detail and of course are nametape size, so they are much larger.   Again, it looks great with the original black background, but we have seen them ordered in some of the camo backgrounds and they still look amazing.  The Atlast Corporation nametape is a little bit larger than regular nametapes, coming in at a size of 1.5 x 5, which is large enough to get all of the details in.  All in all, its a great patch and is super popular among gamers.

Right behind the Atlas Logo patches are the Sentinel Task Force Patches.  They are so popular, we have made a few different variations of the patch, by request.  The first one is an outline patch - just the basics and is an amazing patch - the stitching is in red, so it has a high contrast to the backgrounds which makes the patch stand out!  Its a bit difficult to see the shape of the patch in the pic below, but if you look closely you can see a shield shape. 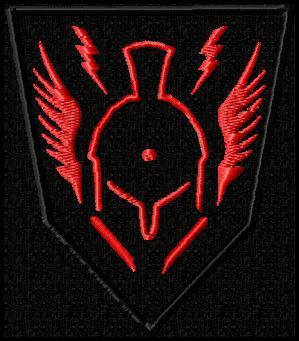 We came up with a second patch - similar to the Sentinel Task Force Patch but with more detail on the logo and some lettering to identify the logo: 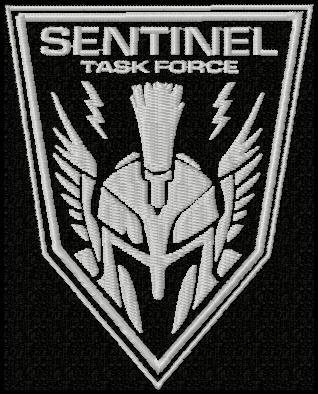 After we created that patch, we thought it would be cool to take it to the next level and create a team template patch out of the design.  After a bit of work, we think it looks great!  We made one for OMLpatches.com, and we wear it proudly!  We always get comments and compliments on this patch. 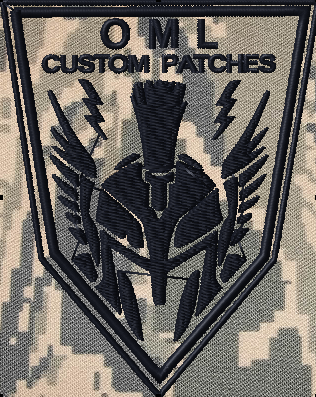